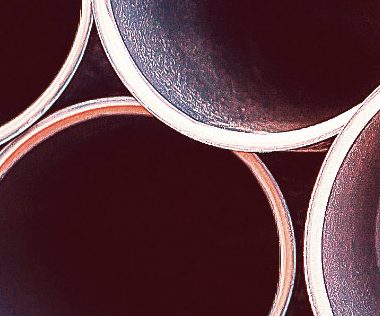 The industry is only starting its journey on the use of blockchain technology and tokenization of assets in capital markets, though some important lessons have been learned in the past two years which have helped to reset the course of the market.

While the digital asset market has long been dominated for some time by Bitcoin in both market value and trading volume, the situation is quite different today, due to diversification of digital-asset instruments and growth in market value. In 2014, Bitcoin represented 87% of the digital-asset market value at US$8.1 billion; it now accounts for only 53% at around US$64 billion. On February 15, 2019, the overall digital asset market value was estimated to be around US$120 billion. This evolution demonstrates the development of other cryptocurrencies and alternative digital assets, such as Initial Coin Offerings (ICOs) which have offered diversification opportunities for investors.

Initially, ICOs were aimed at financing very early stage blockchain-technology projects and there was almost a crowdfunding-like approach to the early stage of the ICO market, where future users would finance the development of blockchain-based services. Investors received tokens, similar to vouchers, to be used to pay for the future services being developed by the issuing firm. Hence, such “utility tokens” have not been designed as investments and should be currently viewed as not subject to laws governing securities. However, the ICO market quickly turned to a dark side. Very quickly the vast majority of new ICO issuances, moved away from the initial “utility token” model. They were launched to attract speculators rather than potential users. These ICOs sought to exploit initial regulatory uncertainty regarding how ICOs would fit into the securities market regulatory framework. This led to profits at the expense of uninformed investors, who were attracted by the promised ROI of ICOs like moths to a flame. Today, regulators around the globe are stepping in with guidelines on how they view various types of crypto assets. The anarchy in ICOs that pervaded is over.

The Gold Rush of ICOs

Since the first initial coin offering (ICO) was launched by Mastercoin in 2013, the number of ICOs issued every year has skyrocketed, despite a slowdown in ICO issuance over the past months due to mounting regulatory scrutiny. From only three ICOs in 2015, the number rose to 902 in 2017. The market reached a peak in March 2018, with over 520 issuances, after which it started to decline to a mere 117 new issues in December 2018 (see figure below). 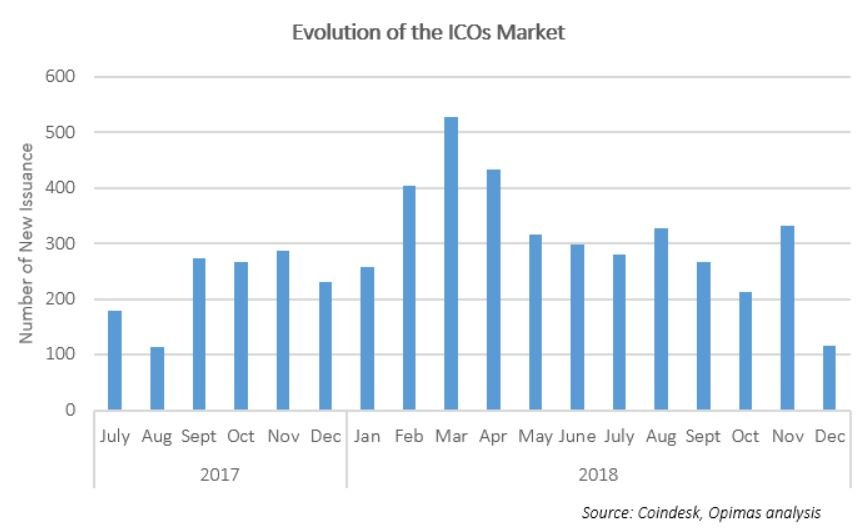 The immaturity of the digital asset market and lack of regulations explain the booms in market value and issuance that started in the spring of 2017 and lasted up to mid-2018. During that period there were a number of factors that led to this massive rise of the market: 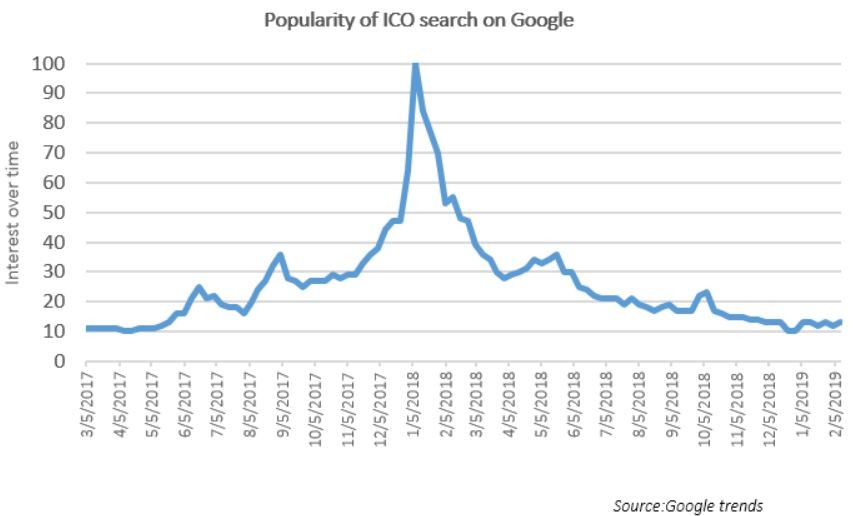 After the illusion came the disenchantment. While the ICO market is far from being dead, the awakening of investors to the realities of the market, coupled with regulatory enforcement, has changed the dynamics of the market. The amount raised via ICOs in the second half of 2018, at US$3.9bn is less than a third of the value raised during the first six month of the same year, and still below the same period in the previous year. For the market to recover from this malaise, regulatory clarification and investor protection are much needed. 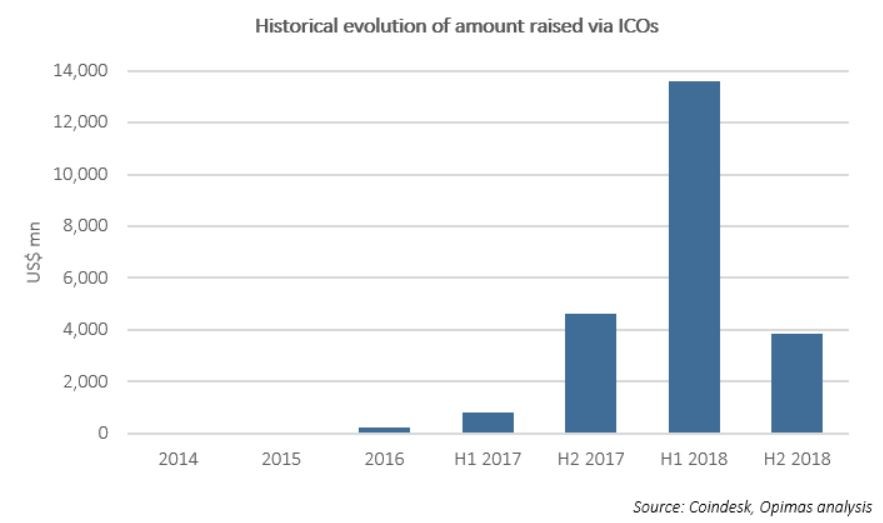 Regulators Are Stepping In: Tokens Are Securities

The development of digital assets posed a clear challenge to regulators across the globe, which explains why the market has been able to develop for some time without a clear framework. Regulators had to find the right balance between providing a sound regulatory framework and limiting the barriers to technological innovation on the other. As stated by the chair of the European Banking Authority, Andrea Enria: “We considered allowing ICOs to develop without a set of specific regulations, but this is not working as expected.”

Acknowledging the numerous issues outlined previously, it was necessary for regulators to enforce regulations and to make it clear that the party was over. On both sides of the Atlantic, the SEC and ESMA, respectively, are now cognizant of the fact that the vast majority of ICOs, apart from “true” utility tokens, are de facto securities and should therefore be regulated as such, regardless of their issuance mechanism (e.g., certificates vs. blockchain based). The SEC is now requiring that tokens issued through ICOs should be registered as securities under Section 12(g) of the Securities Exchange Act of 1934 ("Exchange Act"). This evolution will ensure that that ICO investors receive the type of information they would have received had these issuers complied with the registration provisions of the Securities Act of 1933 ("Securities Act"). By treating tokens like securities, the SEC is providing a far greater guarantee when it comes to investor information. In line with this clarification, on November 2018, the SEC issued settled orders against AirFox and Paragon in connection with their unregistered offerings of tokens.

In Europe, ESMA is following a similar approach, and considers that existing securities regulations such as MiFID II, The Prospectus Directive, and The Transparency Directive should apply to ICOs unless an exemption is granted by a regulator.

But this regulatory clarification does not only impact ICO issuers. As soon as tokens offered for speculative investment become viewed as equivalent to securities, a whole set of financial regulations starts to apply to digital asset market participants. In the US, digital asset investment funds must comply with the Investment Company Act of 1940 ("Investment Company Act") that establishes a registration and regulatory framework for pooled vehicles that invest in securities. Digital asset exchanges must now register with the SEC as a national securities exchange, unless granted exemption, and follow similar reporting and monitoring requirements as traditional securities exchanges. In Europe, MiFID II, the Market Abuse Directive, the Short Selling Regulation, the Central Securities Depositories Regulation will apply as well. After some period of uncertainty, regulators in the US and Europe came to the conclusion that tokens issued for investment or speculation should, for the vast majority, be treated as securities, and therefore comply with the existing regulatory framework that provides sound investor protection and enforces fair market practices. However, by doing so, do they run the risk of killing innovation in capital markets? This is something they were keen to avoid.

ICOs have flourished on the back of uncertain regulations. Now that regulators have made their case clear that tokens should be treated as securities, they have removed the regulatory loophole, without eliminating the tokenization principle. This is where the Securities Token Offering (STO) concept is emerging: tokenizing existing asset classes under the current regulatory framework. The idea is to leverage blockchain technology and infrastructure to deliver “productive” innovation, to improve the functioning of market infrastructure in illiquid assets such as real estate, private markets, intellectual property, etc. This evolution could deliver a number of benefits to market participants:

The industry is only starting its journey on the use of blockchain technology and tokenization of assets in capital markets, but some important lessons have been learned in the past two years which have helped to reset the course of the market. Tokenization should be focused on efficiency and productivity gains for the industry which are numerous, rather than “easy money.”

This blog is the second in a three-part series exploring emerging trends and the evolution of digital assets. Parts 1 and 3 explore the market structure and the technological play in the cryptocurrency market.