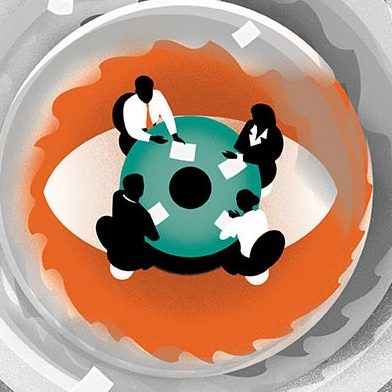 Financial regulators went into overdrive in the aftermath of the global financial crisis, ushering in a wave of rules aimed at preventing a repeat of the bailouts following the market collapse of September 2008. Now, those rules look set to enter a new cycle.

The 2016 US election installed President Donald Trump in the White House and saw the Republicans retain their majority in both chambers of Congress, an outcome thought by many to have drawn a line under the era of post-crisis financial rulemaking. The incoming president had vowed to dismantle the Dodd-Frank Act, but the promised revocation never materialized.

“The outlook for financial regulation, and Dodd-Frank, has fundamentally shifted over the past year,” wrote attorneys at law firm Davis Polk in July 2017. “We are in an odd period of rulemaking stasis—perhaps the calm before the storm of a new regulatory environment.”

In the past year, the US regulatory agenda has been dominated by three key issues: the passage of the “Crapo Bill,” which relaxed key elements of Dodd-Frank for small and mid-sized banks; efforts to tweak the Volcker Rule, which bans banks from making bets with their own money; and continuing efforts to fine tune the latest iteration of international financial guidelines known as Basel III. Below, we take a deeper dive into these issues and how market participants can expect efforts at the revisions to play out.

Legislative efforts in Congress have not centered on the outright disassembly of Dodd-Frank, but rather on efforts to amend specific elements of it.

Almost all these tweaks have been aimed at providing relief for small and regional financial firms. There appears to be scant political appetite to introduce changes to benefit the very largest US global systemically important banks, or GSIBs.

These amendments came together as the Economic Growth, Regulatory Relief and Consumer Protection Act, a piece of legislation more commonly referred to as the Crapo Bill, named after its sponsor Mike Crapo (R., Idaho), Chairman of the Senate Banking Committee. The act was signed into law by President Trump on May 24, 2018.

“We are in an odd period of rulemaking stasis—perhaps the calm before the storm of a new regulatory environment.”

A standout element of the bill was an amendment to raise the total asset threshold at which non-GSIBs are subject to additional regulations – such as heightened capital requirements – to $250 billion from $50 billion.

When the US banking agencies proposed rules to implement these changes in October 2018, the draft provided regulators with some latitude around how capital requirements would apply to smaller institutions.

The proposal would largely benefit firms with less than $100 billion in total assets, although larger regional banks with more than $100 billion in total assets would also be subject to reduced capital and liquidity requirements relative to those applied to GSIBs. US regulatory agencies have proposed a similar tailoring framework for foreign banking organizations operating in the US.

Another change in the Crapo Bill would exempt custodial bank funds sitting on deposit at qualifying central banks from being taken into account when calculating the Supplementary Leverage Ratio (SLR), one of the capital rules for large banks including GSIBs. The US banking regulators released a proposal on this change on April 18, 2019, specifying that the treatment applies only to BNY Mellon, State Street and Northern Trust. The Crapo Bill also would add certain municipal obligations to the bucket of so-called “High Quality Liquid Assets” that banks, including GSIBs, can count for the purposes of their liquidity thresholds. The US banking agencies implemented this provision in a final rule on May 30, 2019.

The Volcker Rule, which prohibits proprietary trading by banks, is the single provision of Dodd-Frank that has provided US regulators with the biggest implementation headaches.

The idea of Volcker was not publicly floated until January 2010, and when it appeared it came from the White House rather than from Congress or the Treasury.

Once in the statute book, the rule’s passage through the federal regulators quickly became bogged down in the rulemaking process. The measure required all five of the US financial regulators – the Federal Reserve, the Federal Deposit Insurance Corporation, the Office of the Comptroller of the Currency, as well as the Securities and Exchange Commission and the Commodity Futures Trading Commission – to cooperate in developing language that would apply to all of the regulated entities under their jurisdiction, a challenging task.

The Volcker rulemaking has also been bedeviled by definitional questions. What activities constitute proprietary trading? What activities qualify for exemptions, such as legitimate market making and risk-mitigating hedging? And what metrics do banks need to put in place to verify that they are not violating the prohibitions?

Given these issues, it was hardly surprising that the first iteration of the Volcker Rule was not finalized until December 2013, three-and-a-half years after Dodd-Frank was signed into law. Shortly after it came into effect in 2015, however, industry critics began to protest that the rule as written was unworkable.

Some observed that the metrics required to be reported to regulators were too onerous and detailed, while some straightforward ones – such as the determination that any securities bought and sold by a bank inside 60 days would be deemed a proprietary bet – were criticized as overly simplistic.

The five agencies proposed an amended Volcker Rule in June 2018 designed to address some of these concerns.

“It takes so much work to make five agencies agree on any proposal.”

Perhaps the most notable was the replacement of the 60-day test with a metric called “the accounting prong.” Under this measure, the purchase or sale of any assets that are accounted for at fair value by the trading desk on a recurring basis – such as derivatives, trading securities, and available-for-sale securities – could be deemed proprietary activity. This would broaden the Volcker Rule’s proprietary trading restrictions to cover even long-term positions over 60 days, a change that many felt would make the prohibition overly broad.

Volcker “2.0” amendments only intensified the debate, prompting calls by some, including the Bank Policy Institute, to say that the revisions would “exacerbate the compliance burden” more than the original.

Some expect no attempt will be made to take the current re-proposal language forward toward the final rule stage and that, instead, the five agencies will develop Volcker "3.0." At the time of writing, there was no formal proposal of a third iteration of the rule but the Fed’s Vice Chairman for Supervision, Randal Quarles, said in a July 11 speech that the Fed plans to re-propose the Volcker Rule in the fall.

“It takes so much work to make five agencies agree on any proposal,” says Eric Juzenas, director of global compliance at Chatham Financial, a financial risk management advisory firm, and former senior counsel at the CFTC. “I think it would be either a re-proposal or they might move forward with some substantial changes based on the comment period.”

Separately, regulators have agreed to reduce the Volcker burden on smaller banks.  On July 9, five federal regulators adopted a final rule to exclude from the rule community banks with $10 billion or less in assets.

Although the Basel III framework was nominally agreed upon in 2010, repeated recalibration and amendments to its various component rules mean that the implementation process has now been extended into 2022.

In fact, the sheer number and extent of the changes have led industry participants to begin referring to the revised framework as “Basel IV.” The element most likely to be finalized by US regulators before the end of 2019 is an amendment to how US financial institutions calculate their counterparty credit risk on derivatives.

On December 17, 2018, the US prudential regulators published a proposed rule, which would require the largest US banks to replace the longstanding Current Exposure Method (CEM) for calculating counterparty exposure with the alternative Standardized Approach for measuring Counterparty Credit Risk (SA-CCR).

SA-CCR has been designed to be more risk-sensitive than CEM. Feedback from the large banks that would be required to follow the new method do not bear out that expectation, however. When risk managers started to apply the methodology to their real-world risk exposures, many discovered that it was computing much larger capital requirements than those calculated under CEM. The result has been concern from industry trade associations that the prudential regulators should go back to the drawing board.

“I think it’s fair to say that now the big derivatives trading banks have had a chance to take a closer look at SA-CCR, they are not big fans,” says one DC-based regulatory expert.

While hopes for a full-scale re-proposal appear unlikely, the best some industry participants are hoping for are technical changes to help end-users.

The announcement on July 23, 2019, that the Basel Committee on Banking Supervision (BCBS) and the International Organization of Securities Commissions (IOSCO) would extend the final compliance phase of the new margin rules until 2021 benefits firms who would otherwise have been caught under the fifth phase of those requirements next year.

The move was received positively by derivatives market participants for the likely salutary effect the additional time will have in easing onboarding pressures. In their statement, the BCBS and IOSCO said that the extension – and creation of a sixth phase - would support a “smooth and orderly implementation” and would “help avoid market fragmentation.”

The rules require firms trading bilaterally in swaps and other derivatives that cannot be cleared to post initial margin to one another to collateralize their trades.

Before the delay, the requirements had been phased in sequentially, beginning in 2016 with $3 trillion in notional exposure and spanning to the current threshold of $750 billion in September 2019.

Before the extension, ISDA had estimated that as many as 1,000 entities could be in-scope for 2020 and beyond, all of whom will need to negotiate substantial new custody and collateral documentation and open segregated margin accounts with custodians. This raised the possibility of significant bottlenecks.

The Volcker Rule prohibits banks from engaging in proprietary trading (using the bank’s own funds to generate trading profits for the bank itself) and strictly limits their ability to invest in hedge funds and private equity.

The Basel framework, a set of financial guidelines issued by an international regulatory body called the Basel Committee on Banking Supervision (BCBS), cover capital and liquidity regulations. BCBS standards must be implemented by regulators in each country to become formally effective, and the Basel III package finalized in December 2017 is the latest revision to various portions of that framework to reduce variability between those jurisdictions. The BCBS has set a January 2022 implementation date for most of the changes. As of the time of this writing, the US banking agencies have not yet proposed rules to implement Basel III changes in the United States. 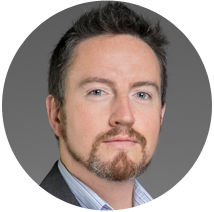 Write to Steve Archer or reach out to your usual BNY Mellon relationship manager.