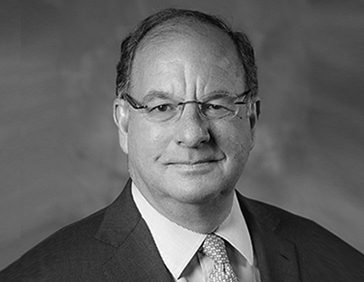 Mr. Goldstein is a Senior Advisor and member of the Investment Committee of Canapi Ventures, a venture capital fund specializing in financial technology companies and an Advisor Emeritus at Hellman & Friedman LLC, a private equity firm.  Mr. Goldstein was a Managing Director at Hellman & Friedman LLC from 2004 to 2009 and from 2011 to 2016 and a Senior Advisor from 2016 to 2019. He was Under Secretary of the Treasury for Domestic Finance and Counselor to the Secretary of the Treasury from 2009 to 2011.

Mr. Goldstein worked at James D. Wolfensohn Inc. and successor firms for 15 years. When Wolfensohn & Co. was purchased by Bankers Trust in 1996, he served as co-chairman of BT Wolfensohn and as a member of Bankers Trust’s management committee. In 1999, Mr. Goldstein became a managing director of the World Bank. He also served as its Chief Financial Officer beginning in 2003. In July of 2009, President Barack Obama nominated Mr. Goldstein to be Under Secretary of the Treasury for Domestic Finance. In July 2011, Secretary of the Treasury Timothy F. Geithner awarded Mr. Goldstein with the Alexander Hamilton award, the Treasury Department's highest honor for a presidential appointee. Earlier in his career, Mr. Goldstein taught economics at Princeton University and worked at the Brookings Institution. In addition to the public company board service noted above, Mr. Goldstein served on the boards of directors of Westfield Corporation from 2016 to 2018 and Edelman Financial Services, LLC from 2015 to 2018. Mr. Goldstein is on the Advisory Board of Promontory Financial Group, LLC and the Board of Trustees of Vassar College. Mr. Goldstein earned a Bachelor of Arts degree from Vassar College and a Master of Arts, Master of Philosophy and a Ph.D. in economics from Yale University.