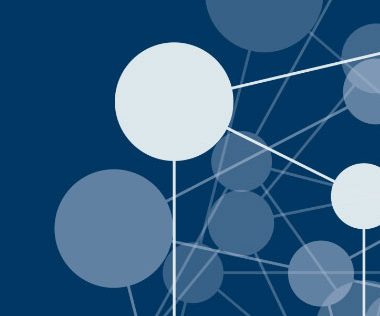 BNY Mellon’s inaugural Fintech Connect conference introduced clients and the investment community to the brightest stars in the financial technology sector. So why would the first company listed on the New York Stock Exchange and the oldest bank in America establish Fintech Connect as the preeminent meeting of financiers and digital pioneers? Because the top banks of tomorrow are the ones capitalizing on a growing disparity in technological expertise today.

Financial technology is profoundly re-ordering how the world does business. So, even the largest banks are acknowledging that in a rapidly evolving market, the threat of being disrupted out of existence might be just two or three innovations away. That’s why BNY Mellon and its fintech partners are already well on their way to becoming the disruptors and industry leaders.

During a full day of presentations and partnership unveilings, Fintech Connect participants, ranging from venture capital and private equity shops to fintechs, absorbed as much as they could without the assistance of a quantum computer. In case you missed the event – and don’t want to wait until next year – check out the Top 10 ideas that came out of last week’s gathering.

How to Work with Fintechs: Some of the most significant investors in fintechs shared what they look for in identifying start-ups with lots of potential. And, yes, the right connection with management is still a major key to success. As for banks, it’s imperative to develop the right process not only for partnering with fintechs but also sharing the aspects of their culture – their drive, innovative spirit and ability to develop insightful products – that set them above their peers.

Abacus Not Needed: Trade finance might be the oldest kind of banking there is, but it doesn’t mean its vast ecosystem of clients, banks and currencies has to be outdated. More transparent digital platforms are unlocking new sources of capital and kicking global commerce into high gear.

Data is the New Oil: Up to 80 percent of a bank’s back-office employees spend all their time and energy trying to figure out data discrepancies. There’s so much value locked up in those labor-intensive, paper-heavy tasks. The CEO of EZOPS, Bikram Singh, told the audience that BNY Mellon’s latest partner is dedicated to “breaking the cycle of bad data” with the company’s Intelligent Process Automation machine learning platform.

Think Very Small: Not only is Moore’s Law (that is, the number of transistors that can fit on a microchip will double every two years while the price of the computers they power are cut in half) dead and buried; the emergence of tiny “quantum bits” are fundamentally changing the way computers operate. For Moore’s Law to be relevant today, old-school transistors would have to be smaller than atoms.

Know Your Competitor: Nearly 70 percent of consumers are willing to accept financial products from non-finance companies1 such as Amazon and Google. But those products could just as well be coming from start-ups.

Just Getting Started: BNY Mellon’s open ecosystem model is characterized by a “strategic entrepreneurship” approach to fintechs as well as open architecture.

It’s “Back to the Future” with Cash: Well, “tokenized” cash, that is. What’s clear is that digital assets will dominate our future. But think about how cash was born: as a way to track who was owed how much gold from a bank. Look for that same concept to hold in the future – although the assets in question will be digital tokens tracked by distributed ledger technology and fully backed by central banks. Precious metals optional.

Parallel Banks Not Allowed: Simply attaching a digital organization to an existing bank is why fintechs are going to put many traditional banks out of existence sooner than you think. For instance, Kingfield’s Craig Welch is creating new paths and simplifying workflows for income collection, but within systems at BNY Mellon that have existed for decades. “We’re making it more seamless for asset owners to be in touch with their custody bank,” he says. Kingfield’s beta goes live at the end of the year.

Best of Both Worlds: Ever hear of ‘Secret Computing’? Banks can share data and keep it private through encryption that safeguards information when it’s in use rather than when it’s in transit or at rest. There’s no trade-off between precision and privacy. How’s that for improving the client experience?

Find Out at the 2020 Conference: Machine learning is very close to helping platforms operate with a degree of general intelligence that someone might associate with the way the human brain works. In fact, a platform powered by natural language generation wrote this Top 10 list. Or did it?

Until we see you next year we’ll leave you with this thought: In 2000, Blockbuster Video decided not to buy Netflix, then up for sale for $50 million, or even to imitate its subscription-based business model. Today, Netflix has a market cap of $122 billion and Blockbuster, which had a very steady, profitable business model, is all but extinct.

The views expressed herein are those of the authors only and may not reflect the views of BNY Mellon. This does not constitute Treasury Services advice, or any other business or legal advice, and it should not be relied upon as such.

This material may not be reproduced or disseminated in any form without the express prior written permission of BNY Mellon. BNY Mellon will not be responsible for updating any information contained within this material and opinions and information contained herein are subject to change without notice. BNY Mellon assumes no direct or consequential liability for any errors in or reliance upon this material. Trademarks, service marks, logos and other intellectual property marks belong to their respective owners.

© 2019 The Bank of New York Mellon Corporation. All rights reserved.