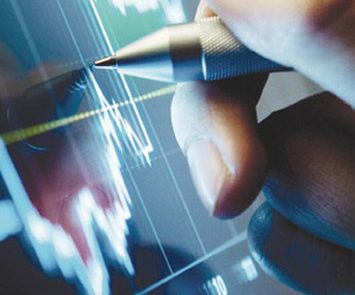 This article originally appeared in the December 2017/January 2018 edition of Asian Investor and is reprinted here with permission.

Robotics is obviously something that the asset management industry cannot ignore and asset managers are increasingly employing fintech to improve investment accuracy and operational efficiency. But how far should automation go?

That was one of the pressing issues that gained a major hearing at AsianInvestor’s inaugural COO Forum, that was held in Hong Kong on October 13, with sponsorship from BNY Mellon.

The question of how much automation can and should be used was a pressing one to the audience of COOs. Many wonder how much automating tasks can help them, while some wondered whether it would limit their own careers.

“As [the] fees are getting compressed, you are getting more automation, and you wonder where the bottom [is] and I think a lot of people are trying to figure out on this, as where is the floor on this?

I don’t know how far you can go down the food chain and I guess that is the question,” Brian Pohli, executive director at multi-asset strategy group CQS, told the audience.

So new and dynamic is the paradigm that the industry is in right now, that asset managers are still seeking the right balance between automation and oversight by human beings, he said at the event, which brings together COOs and heads of operations from Asia’s leading asset management companies.

He also said that robo-COOs in the industry are not yet feasible as automated software cannot yet completely replace the human mind in the decision-making process.

“The robot doesn’t take my job….To be honest my job can probably be one [that can be automated] at some level. But at some [other] level, someone has to make a decision as well and that cannot be automated,” Pohli said.

These remarks come when artificial intelligence (AI) investment advisers, or so-called robo-advisers are on the rise in Asia and Blackrock has said that it will increasingly rely on computers to manage equity investments.

Steve Bryant, Greater China COO at Schroder Investment Management, also told the audience at the same event that adopting robotics gave the asset manager a very rapid payback, while it leverages big data—a trend that will have one of the biggest long-term impacts on the asset management industry.

“Everyone talks about big data, I think it really is significant for the industry. As an active manager, I think that there are invaluable sources in the data and information that we can [mine] from big data,” Bryant said.

At Schroders, fund managers and investment analysts can already request trend information from the big data team, which also does its own analysis and publishes it back to the investment team, he said.

The ability to track and locate information from enormous data gives the company a better chance to add alpha to the portfolio, Bryant added.

Daniel Lehmann, Asia Pacific COO at Allianz Global Investors, discussed the challenges that face today’s COOs, which include the need to closely monitor the efficiency and the scale of the business platform as fees are increasingly compressed.

“From my perspective one of the trends that we’re seeing already is a consolidation in the industry as [the] fees and margins go down. So if you think about it we’re in year eight or nine of the bull market. Yet we see this happening, so it doesn’t need a lot of [imagination] to see that this will exacerbate once the market goes south,” he added.

Other key challenges are standardising and harmonising operations in Asia, and finding the right talents for the business, he said.

However, the three panellists’ concerns did not fully match those of the audience. Over 60% of delegates cited regulation and compliance as their top challenges, versus 30% for new technology, according to a live poll at the forum. Other concerns cited were sourcing new talent, scalability, regional differences, data management and reporting.

The half-day forum also ran through other key concerns of investors, as well as conducting a rapid-fire 10 in 10 Q&A with Mark Nelligan, Asia Pacific head of alternative investment services and structured products for BNY Mellon. Nelligan was asked a set of rapid-fire questions by AsianInvestor about key issues he has faced in his time and areas where he saw the need for the industry to evolve.

These questions varied from those pressing issues about regulation and the rise of passive investors impacting active managers, and whether it will cause more consolidation. In his view—it will.

To conclude, some speakers offered their perspectives on the nonoperational part of the COO’s role in Asia. This included the fact that the executives have a responsibility to help nurture talent and also ensure, as best they could, the interests of staff who often have to be drawn from a variety of different countries and cultures.

The short answer? There is no easy solution, but having a diverse workforce helps.

It is also made easier if a fund house can demonstrate a regional corporate culture, something that Roger Emms, regional COO of T. Rowe Price said his company had been focused on building over the past two years.

This article is licensed from AsianInvestor and may include the views of third parties, which do not reflect the views of BNY Mellon or any of its subsidiaries or affiliates. Material contained in this article, which may be considered advertising, (i) is for general information and reference purposes only and is not intended to provide or be construed as legal, tax, accounting, investment, financial or other professional advice on any matter, and is not to be used as such; (ii) does not constitute a recommendation by BNY Mellon (including its subsidiaries and affiliates) of any kind; and (iii) may not be comprehensive or up to date. BNY Mellon (including its subsidiaries and affiliates) makes no guarantee or representation with respect to, and accepts no direct, consequential or any other legal liability whatsoever arising from or connected to, the accuracy, timeliness, completeness, reliability or fitness for a particular purpose of any information contained in this article. BNY Mellon (including its subsidiaries and affiliates) will not be responsible for updating any information contained in this article and the opinions and information contained therein are subject to change without notice. Trademarks, logos and other intellectual property contained in this material belong to their respective owners.

©2018 The Bank of New York Mellon Corporation. All rights reserved.