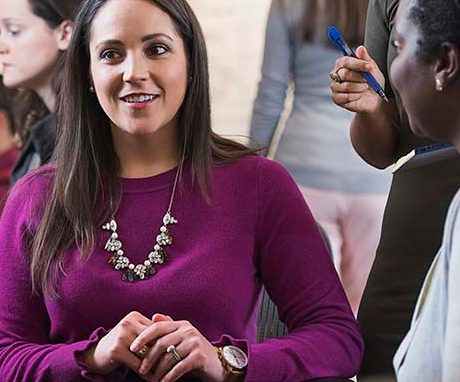 The issue of gender diversity has become a prominent topic in corporate social responsibility discussions in recent years.

Companies around the world have launched extensive programs and initiatives to tackle the gender gap in their workforces.1 At times, even when companies have implemented programs successfully, these efforts have gone unnoticed beyond the firm. This has been due, in part, to insufficient disclosure of gender diversity initiatives.

Investors have formed networks and coalitions that focus on and advocate for gender diversity. One of the largest is the 30% Club, launched in the UK in 2010 by the BNY Mellon Investment Management firm Newton. The 30% Club was formed to advocate for companies’ boards to include at least 30% women members. Club members exercise their power as shareholders through engaging with companies, exercising their voting rights and raising awareness of the varied benefits of diversity in the business community.2

“Newton Investment Management, as a founding member of the 30% Club, believes that a more equal gender balance on boards promotes stronger corporate culture and governance practices, and ultimately increased corporate performance. The company’s disclosures on diversity can be an indication of the board’s attitude to such a crucial topic.”

“Our requirement on disclosure is that companies include at least three of these nine strategic elements: measurement of composition of the workforce, including gender diversity, evidence of strategy to improve areas of weakness, diversity training and awareness initiatives, recruitment process, specific targets to improve diversity, membership in external industry groups (such as the 30% Club), leadership & development programs, flexible working and parental leave, policy regarding workplace sexual harassment.”

BNY Mellon’s Depositary Receipts Global Investor Relations Advisory team published Disclosure on Gender Diversity as part of its IR Best Practices Insight series. The GIRA team is composed of specialists who work with BNY Mellon’s Depositary Receipts issuer-clients to assess liquidity and visibility and build relationships with the sell side, buy side, retail investors and the financial media. They partner with DR issuer-clients to help them realize broader global market access opportunities.

1BCG: Getting the Most from Your Diversity Dollars. https://www.bcg.com/en-us/publications/2017/people-organization-behavior-culture-getting-the-most-from-diversity-dollars.aspx, (accessed on July 22, 2019).