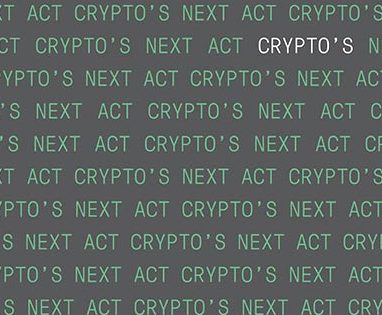 With no regulated market infrastructure for cryptocurrencies, most institutional investors have avoided them, concerned about security, volatility and how to value the rapidly growing universe of digital coins and tokens.

The US Securities and Exchange Commission echoed those concerns when it rejected several applications for bitcoin exchange-traded funds (ETFs) in 2018, citing worries about market manipulation and investor protection.

Nevertheless, a lot of institutional investors think cryptocurrencies have longterm potential. A report by research firm Greenwich Associates in September found that 72% of institutional finance executives believe cryptocurrencies will have a place in the industry’s future. As of June 24, the price of bitcoin, the largest cryptocurrency by market capitalization, had rebounded to just shy of $11,000, more than three times above its December lows as volatility has re-entered the market this year.

“Funds have done studies that found if they had put one percent of their money in crypto over the last 10 years, their return would have been much higher,” he says.

Some big institutional investors are already testing the water. Yale University is one of several endowments that invested in cryptocurrencies last year, reportedly buying into two cryptocurrency funds: a $300 million fund from venture capital firm Andreessen Horowitz and a $400 million one at Paradigm, a fund from Coinbase co-founder Fred Ehrsam and former Sequoia Capital partner Matt Huang.

In February, Morgan Creek Digital Assets, an affiliate of investment manager Morgan Creek Capital Management, announced that two pension funds in Fairfax County, Va., are anchor investors in a new $40 million venture capital fund that will invest in companies in the blockchain and digital assets industry, with a small allocation to cryptocurrencies.

To date, most of these investments have been tiny, in part because of the dearth of a global regulatory framework for cryptocurrencies. Individual and institutional clients with significant positions often have to resort to the phone to unload their portfolios, because prices are fragmented across multiple trading venues.

“There are certainly more institutional investors moving into the space, but it’s very early stage,” says Scott Canning, a research analyst at Mellon Investments Corp., a unit of BNY Mellon. Some endowments, for example, are carving out very small portions of their investment portfolios to gain exposure to the low probability chance of huge upside, he says.

There are a few different reasons: “Some see this as a scarce digital asset, some are interested in the underlying technology, some want an uncorrelated asset and have decided that adding a little bit of crypto to their portfolios may improve their risk-adjusted returns,” says Tom Jessop, head of Fidelity Digital Assets, a venture formed last year by $7.3 trillion asset manager Fidelity Investments.

Big banks are stepping forward with new infrastructure solutions for the institutional marketplace. In one example, a consortium of 14 firms including BNY Mellon have invested in a project called “Utility Settlement Coin” to enable instantaneous settlement of tokenized fiat currency on the blockchain.

"The market is evolving rapidly across a number of dimensions—product, technology and regulatory."

Nomura last year entered a venture called “Komainu” with security company Ledger and investment house Global Advisors to custody digital assets. In February, JPMorgan Chase & Co. became the first US bank to create its own coin, JPM Coin, each with an equivalent value of one US dollar, to speed up settlement between institutional customers.

Venues and start-ups are also in on the act. In late 2017, CME Group and CBOE Global Markets launched trading in bitcoin futures, although CBOE recently said it was reassessing its approach. Intercontinental Exchange’s digital asset platform, Bakkt, is expected to launch later this year and in early May said it was developing futures contracts in conjunction with ICE’s derivatives and clearing affiliates.

“We’re seeing the convergence of investor demand for digital assets alongside regulatory certainty, which we believe is being driven by the advent of more infrastructure to support access and trust in this market,” says Kelly Loeffler, chief executive of Bakkt.

Others also are trying to apply their technology to the space. Cryptocurrency exchange Coinbase launched a batch of offerings dedicated to institutional investors last May, including a new trading interface and custody services.

But many think that cryptocurrencies are unlikely to become a significant weighting in institutional investor portfolios before critical infrastructure questions are answered about the interoperability and governance of blockchain protocols, plus the amount of energy that mineable cryptocurrencies use. According to Digiconomist estimates, Bitcoin’s current estimated annual electricity consumption is 64.18 terawatt hours, close to the annual electricity usage of Switzerland.

Recently, market players such as exchanges and fintech firms are also trying to remedy the challenges to bring these investors into the market, including by introducing trustworthy providers for the necessary infrastructure.

“The market is evolving rapidly across a number of dimensions – product, technology and regulatory,” says Lucien Foster, global head of digital partnerships at BNY Mellon. “Some traditional players are taking early steps in the market but the majority are still cautious.”

When the founder of the Canadian cryptocurrency exchange QuadrigaCX died last December, and the only key to its cold wallet containing $136 million of investors’ cryptocurrency balances disappeared, it highlighted the market’s dire need for secure custody solutions. Custody is about the assurances, financial and otherwise, that a bank offers investors about their assets.

He credits New York’s Department of Financial Services for introducing BitLicences for cryptocurrency providers, and says more needs to be done. Bakkt, which has filed with the department for a trust license to become a custodian for digital assets, intends to use certain safeguarding services provided by BNY Mellon.

“I do not expect a single custody bank will enter this space until the regulatory position becomes clear, but mainstream institutional investors will shy away from this market unless they can use traditional custodians,” Casteleyn adds.

The lack of recourse is another significant challenge to overcome before banks can custody cryptocurrencies. In traditional custody, contracts define every entity’s liabilities along the custody chain, but there’s no recourse along that chain if cryptocurrencies suddenly disappear.

"We’re seeing the convergence of investor demand for digital assets alongside regulatory certainty, which we believe is being driven by the advent of more infrastructure to support access and trust in this market."

Gemini Trust Company based in New York is hopeful that market players and regulators will coalesce around some common industry standards. The firm’s head of risk, Yusuf Hussain, says Gemini helped launch the Virtual Commodity Association partly to address the SEC’s concerns about market standards after it rejected several proposed bitcoin ETFs last year. The second attempt by Gemini’s twin founders, Cameron and Tyler Winklevoss, to list a bitcoin ETF was among those turned down. “We’re making every effort to address the concerns that institutional investors have,” says Hussain.

The flipside is that, until regulators reach a consensus about cryptocurrencies, investments from large institutions are unlikely to happen. In early May, the Financial Crimes Enforcement Network (FinCEN) inside the U.S. Treasury Department, concerned about criminal misuse of cryptocurrencies, came out with new regulatory guidance for value transfers, including virtual currencies.

“Funds don’t want to use a startup’s custody services; they want a big financial institution,” says Shaughnessy of Delphi Digital. “If they had that, I think tens of billions of institutional capital could come to this market.”

Some institutions are not investing in cryptocurrencies because they believe they are too difficult to value compared with assets subject to conventional valuation techniques. Another way is to invest in the applications of blockchain technology.

BNY Mellon Investment Management launched a Digital Asset Strategy fund in February, which will invest in companies that are adopting, creating or providing the underlying enterprise blockchain technology.

The fund “specifically addresses enterprise blockchain, which is where we see lots more value than cryptocurrencies right now,” says Erik A. Swords, director and senior research analyst at Mellon Investments Corp., a registered investment advisor and unit of BNY Mellon.

Swords says that within the last year, companies across all geographies and sectors have embraced blockchain technology, including in supply chain management, electronic health records and business-to-business payments.

Kathryn Tully is a financial writer in New York.

Write to our Head of Blockchain, Subhankar Sinha, at subhankar.sinha@bnymellon.com or reach out to your usual BNY Mellon relationship manager.