A Calm Before the Storm? 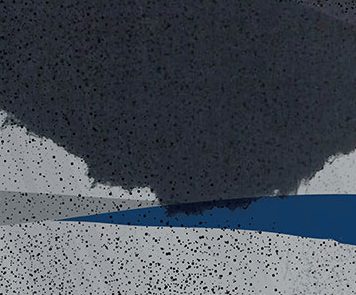 A Calm Before the Storm?

Nineteen entities came under new margining rules for non-cleared derivatives on September 1. The transition seemingly went off without a hitch, but there are more formidable challenges to come.

September is a sentimental time of year for many. With summer drawing to a close, thoughts are often drawn inescapably toward the passage of time and what the future holds.

A more recent fall tradition that is generally looked upon with far less nostalgia is the annual expansion of the non-cleared margin rules.

This year saw the threshold to be captured halved to $750 billion in notional exposure from $1.5 trillion last year.

While London-based hedge fund Brevan Howard became the first buy-sider to comply1 during Phase 3 in 2018, it was not until this year that the journey toward compliance truly began for the buy-side.

Nineteen entities found themselves in scope for the Phase 4 requirements with a large proportion coming from the buy-side. The remainder were regional banks from nations including Canada, Australia and Sweden.

“Most of our clients in this cohort had onboarded with us by early summer and all of the functionality we and the industry have developed and refined over the past four years made the entire process extremely streamlined, which was gratifying to see,” says Dominick Falco, Head of Collateral Segregation at BNY Mellon.

That’s not to say that Phase 4 did not present its own unique challenges. Compared to banks and securities brokers, which often manage their derivatives books in similar ways, the trading activities of the buy-side are substantially more varied and those idiosyncrasies became manifest during the most recent phase, with a large proportion coming from the buy-side.

“We began to see some of the more unique circumstances that community presents,” says Doug Donahue, a partner at law firm Linklaters.

Three main areas of complexity will create challenges in Phases 5 and 6. They concern: firstly, the transition of non-regulatory margin into a regulated margin framework; secondly, how managed accounts and master feeder structures will operate under the rules, and thirdly, the sheer number of in-scope entities coming down the pipe in 2020 and 2021, and their potential to overwhelm industry onboarding capacity.

“Most of our clients in this cohort had onboarded with us by early summer and all of the functionality we and the industry have developed and refined over the past four years made the entire process extremely streamlined, which was gratifying to see.”

Perhaps the most pressing potential trouble spot that needed to be addressed before Phase 4 began was to clarify how margin posted under market convention would have to be treated after margin regulations took effect.

Prior to the passage of post-crisis regulatory reforms, securities law permitted market participants to cross-margin securities against the derivatives held against them.

In one example, an investor holding a floating-rate bond and an interest-rate swap hedging it would have been able to use the same type of margin—known as the “independent amount” (IA)—to meet margin calls based on changes in the value of both assets.

Such cross-margining is no longer permissible, however, and the bifurcated treatment of non-regulatory margin in the form of IA and new regulatory initial margin (reg IM) for non-cleared derivatives represents one of the major challenges the industry faces. This is because the existing documentation that standardizes the treatment of collateral did not specify how IA and reg IM should be treated in relation to each other.

In October 2018, the International Swaps and Derivatives Association (ISDA) published revised documentation specifically designed to resolve this ambiguity by laying out three options.

“It’s our understanding that most entities have chosen to adopt the ‘allocated’ or ‘greater of’ approaches,” says Tara Kruse, Global Head of Data, Infrastructure and Non-Cleared Margin at ISDA.

While the specificity of the rules are undoubtedly arcane, these details may prove to be a harbinger of the sorts of complexities that lie ahead for buy-side firms making decisions about compliance in 2020 and 2021.

The second potential problem area is how to handle the unique account types that will be coming into scope in the next two phases.

The buy-side is nothing if not diverse. It ranges from the biggest multinational asset manager to small municipal school districts. Of that broad universe, only a small proportion of the buy-side —1,089 entities—is anticipated to be captured by the non-cleared margin requirements, according to the most recent count from ISDA. 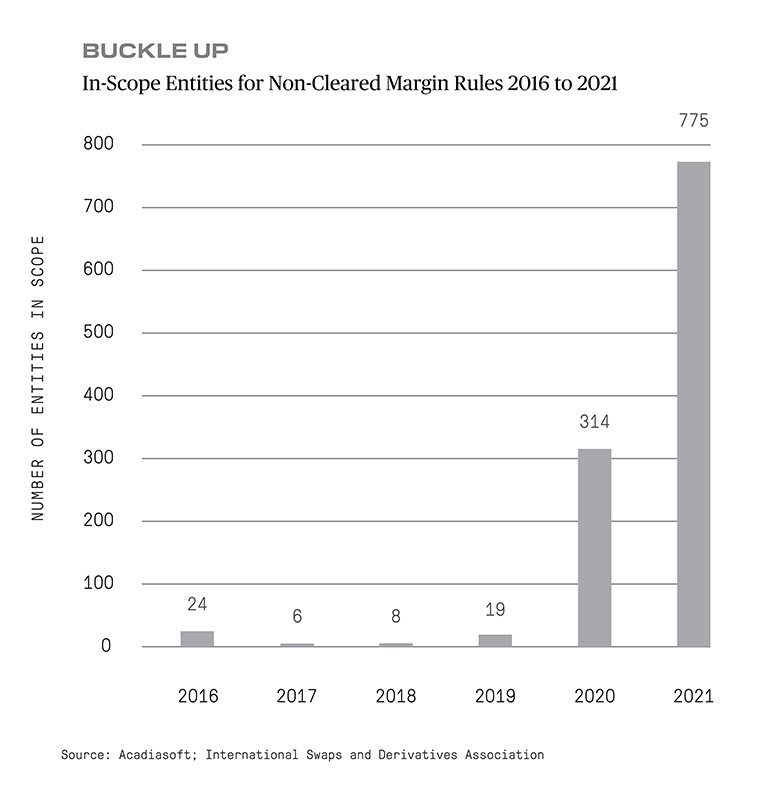 Within that buy-side community, however, are dozens—perhaps even hundreds—of unique corporate and organizational structures, none of which have been encountered by the non-cleared community so far. When these entities disclose themselves as being in-scope for Phases 5 and 6, their service providers, such as custodians, will have to develop ways to adapt to their idiosyncrasies.

“Large sell-side and buy-side trading relationships have lots of points of contact, and it can be quite complex to unpack all of those touchpoints so that they may be reassembled into a structure that is regulatory compliant,” says Linklaters’ Donahue.

The treatment of managed accounts is causing particular concern. A managed account is a structure in which a real-money investor—say, a public pension fund—contracts a manager to invest on the fund’s behalf. That asset manager directs the investments of the fund and sometimes will enter into risk-mitigating hedges using non-cleared derivatives.

Now, imagine that the pension fund has contracted with not one asset manager, but five. None of these five managed accounts knows whether other asset managers are investing for the same pension fund or how many such arrangements there may be.

“In a managed account structure, multiple managers trade on behalf of the same entity, with no visibility into the activity of other managers. This is potentially a huge issue,” says Donahue.

No managed account has so far been caught by the regulation, and currently there is no agreed-upon approach to tackle the issue.

“In a managed account structure, multiple managers trade on behalf of the same entity, with no visibility into the activity of other managers. This is potentially a huge issue.”

Similar questions surround master feeder structures. This architecture enables investors of different types or in different locations to invest in separate feeder funds to account for local laws and regulations.

Feeder funds’ assets roll up into a master fund, which invests on behalf of the investment pool collectively, but again there is no commonly accepted approach to whether margin should be segregated at the master entity level or with each feeder.

“Both managed accounts and master feeders epitomize the challenges that the industry is going to face in the next two phases. A one-size-fits-all approach can’t be applied here because each client will have their own idiosyncrasies that we’ll have to solve for as we structure their segregation model,” explains BNY Mellon’s Falco.

“Combine that level of customization with the 1,000-plus in-scope entities the industry will be onboarding in 2020 and 2021 and it quickly becomes apparent that custodians are going to have to be both exceptionally agile and extremely swift in accommodating the variety of account structures clients will be asking for going forward,” Falco adds.

The final challenge stems from the sheer weight of client onboarding that remains to be done. At the conclusion of Phase 4, the industry has successfully onboarded 57 entities into compliance with the non-cleared margin rules, according to data from margin messaging and calculation provider AcadiaSoft.

Those 57 are by far the biggest and most consequential players in OTC derivatives markets: the largest 25 derivatives counterparties in the US accounted for almost $202 trillion in notional outstanding by themselves in the first quarter of 2019 (see table).2 That compares to a global over-the-counter derivatives market with $544 trillion in notional outstanding as of December 31, 2018, according to sta­tistics from the Bank for International Settlements.3 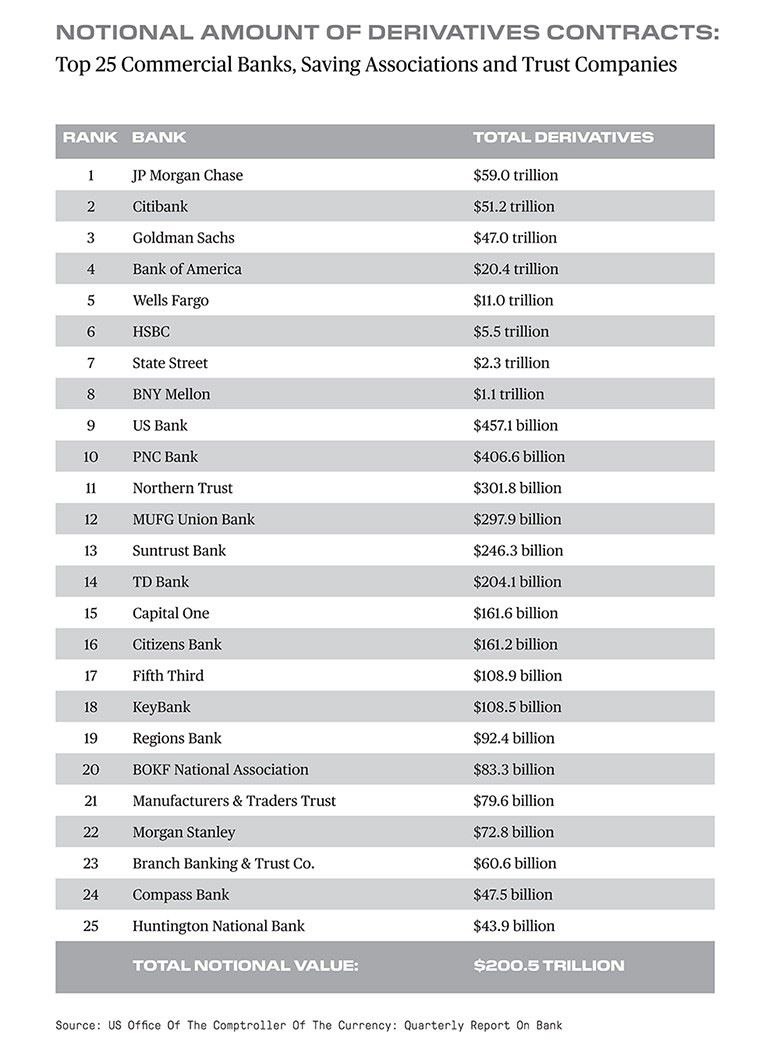 Although their notional traded activity is a fraction of those counterparties that have already been captured, the process of onboarding can be complicated by the number of trading counterparties an entity has, since eligible collateral schedules, CSAs and other documents may need to be negotiated with each of them.

Despite the potential bottlenecks that many expect, the emergence of new technologies such as electronic eligible collateral schedules—which enable counterparties to agree to acceptable collateral in hours rather than days—will help alleviate these pressures.

Such technologies will play a more important part than ever as the industry works to digest more than 1,000 new entities and more than 9,000 of their trading relationships, over the course of the next two years.

Custodians such as BNY Mellon will also do much of the heavy lifting in assisting clients through the onboarding process and steering them through the documentation, segregation and margin calculation elements to ensure timely compliance. AcadiaSoft estimates that as many as half of 314 in-scope entities for Phase 5 are likely to access its platform through such a fund administrator.

As always, however, the message from the industry remains: start early.

Where are the LDIs?

Among the most surprising elements of Phase 4 was the absence of large liability driven investors (LDIs), such as insurance and pension funds.

Given that these firms routinely utilize derivatives to hedge their interest rate, currency and other risks, they would be expected to be among the buy-side firms coming into scope.

“We understand that at least some of those firms performed calculations and made adjustments to their non-cleared derivatives activity that placed them into a later phase,” says Chris Walsh, CEO of AcadiaSoft.

Prudential is the largest insurer in the US by assets, but as of June 30, while the firm’s total assets stood at $873.8 billion, its derivatives notional amounted to $414.8 billion, well below the $750 billion threshold for inclusion in Phase 4.4

Metlife, the third biggest US insurer, held derivatives with a notional $312.1 billion as of June 30 against total assets of $732.2 billion, again well south of the 2019 threshold.5

The same holds true for some of the largest US public pension funds. At the end of last year, the California Public Employees’ Retirement System (CalPERS) held derivatives positions with a market value of $351.3 billion.6

Ontario Teachers’ Pension Plan, Canada’s largest single profession pension plan and reputed to be one of the most sophisticated buy-side users of derivatives, had $936 billion7 (CAD $1.24trn) in notional derivatives exposures as of the end of last year, plainly exceeding the $750 billion Phase 4 threshold.

Once listed futures and interest-rate swaps are stripped out, however (on the assumption that most of them are centrally cleared and not counted as non-cleared positions), the pension’s notional derivatives exposure drops to $698 billion.8

What there is no doubt about, however, is that these huge LDI players will find themselves squarely in scope for Phase 5 in 2020 as the threshold drops to $50 billion.

2. US Office of the Comptroller of the Currency: Quarterly Report on Bank Trading and Derivatives Activities, First Quarter 2019 – page 36