When Competing to Win, Bring Your Full Self

When Competing to Win, Bring Your Full Self

Certifying demographic information among employees can help advance the level of inclusion at an organization. Yau Cheng, our Global Head of Diversity & Inclusion, explains why.

Every year, BNY Mellon asks employees to certify their demographic information. Self-identification is a best practice and increasingly being adopted among corporations. This is an annual process in the U.S. and, this year, we’re also encouraging U.K. colleagues to voluntarily share certain personal attributes. How can self-ID help you and the company you work for? Let me illustrate with a brief story.

As a step-parent of young, aspiring athletes, I’ve spent many weekends in basketball gyms. For the most part, these games blur into each other, but two summers ago, I saw something I’d not seen before. One team stood out—they were doing things differently, playing a different game from other teams. Why? For one thing, this team had a hard-of-hearing player. Without the ability to depend on his ears, he had developed a keener sense of sight, almost able to read opposing players’ moves before they made them. He raised the level of play, not in spite of his disability, but because of it.

His teammates adapted with him, learning a kind of sign language to communicate with each other on the court and stay focused and less distracted when the noise level was high. While watching this amazing team play, I had an “aha” moment: the coach, the team, their winning season—none of their achievements would have been possible if the hard-of-hearing player had not disclosed his disability. Their ability to outperform other teams stemmed from a willingness to embrace uncertainty and imagine a new possibility—where differences could become differentiating strengths.

The takeaway: by making our differences known, we can give ourselves and our teams the opportunity to hone hidden abilities into competitive advantage.

I can’t help but draw connections between the decisions and actions of that young basketball team and BNY Mellon’s transformation to lead the financial services industry in the digital age. As we aim for higher performance, each of us needs to bring our full selves to work. We all have a role to play in building an inclusive, equitable culture where we can grow and thrive being ourselves, leverage our differences to make unique contributions and feel this is a company where we belong.

“The takeaway: by making our differences known, we can give ourselves and our teams the opportunity to hone hidden abilities into competitive advantage.”

Participation in our disclosure survey is completely voluntary and information collected during this exercise is considered confidential.* The willingness of our employees to share demographic information plays an important part in how we get better. Self-ID helps BNY Mellon in numerous ways, including:

By voluntarily disclosing demographic information, our employees make an important contribution to our diversity, inclusion and equity efforts for 2020. At work and in life, the more we know about each other, the more we’re able to improve the ways we work together, support one another and build stronger relationships. 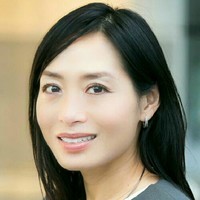 *Information collected for this demographic information exercise is considered confidential and, from a GDPR perspective, sensitive personal data.