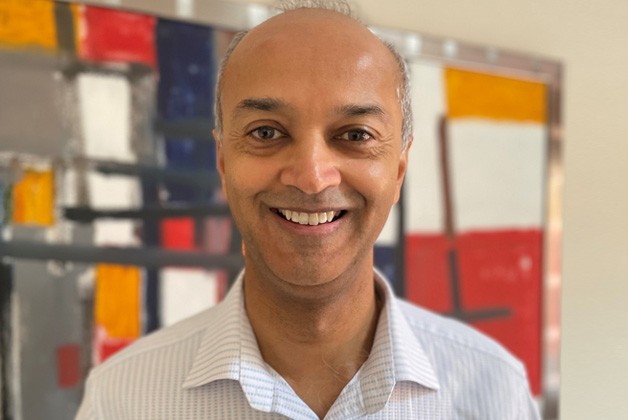 Historically, I was never one to share much about myself. But the July 7, 2005 London bombings would change that, setting me down a path of struggle, coping and ultimately healing. On that fateful day, had the westbound Piccadilly Line platform at Kings Cross station not been quite as crowded, I would have ended up twenty feet further back, standing right next to the person who murdered twenty-six people in my carriage. That was only half of the total number of innocent people murdered that day from terrorist bombs on three tube trains and a bus.

To understand my journey since then, I need to backtrack just a bit. After studying math and physics for my Bachelors, I moved into a position in the defense industry designing guidance systems for missiles. While this work was challenging and intellectually rewarding, the nature of the job always sat uncomfortably with me. As a result, I eventually decided to pursue my Masters in operations management and shifted to working in the finance industry as a commodity trading advisor. In this role, I somehow drifted into building risk models and managing risk, a field that I’ve specialized in since.

I’ve been with BNY Mellon for four years. Today, I work in Newton with one of BNY Mellon’s investment management subsidiaries as a business analyst with a focus on change projects supporting the investment risk function. Essentially, I work between the development team and investment risk team to bridge the gap between business and technology. Working with such diverse groups has been a pleasure, as I’ve had the opportunity to interact with a variety of people through our Employee Business Resource Groups (E/BRGs). I joined HEART, the E/BRG that leverages the talent of employees with diverse abilities to help build an inclusive and accessible environment at BNY Mellon, and recently accepted the role of co-chair of the London chapter.

After the London bombing attacks in 2005, I was faced with both mental and physical trauma that manifested over years. Although I escaped the initial bombings injury-free, a degenerative spinal injury emerged a few years later, resulting in major spinal surgeries. Mentally, I was simply trying to get back to normalcy. I ignored the emotional and mental impact of the event, not recognizing the symptoms of posttraumatic stress. Instead, I immersed myself completely in my work and fooled myself into believing I was growing, as I was promoted twice within a few short years. Through this, I was merely coping with incredible life stressors, including a home invasion in 2011, the sudden passing of my father in 2013 and my daughter dealing with a serious illness in 2016. By the end of 2019, it finally caught up to me and I went to my doctor. In early 2020, I was diagnosed with Post Traumatic Stress Disorder (PTSD).

While I hadn’t initially broadcast my diagnosis at work, the support I received from my colleagues and management that I did tell, was incredible. At the start of my recovery, I would rather have revealed anything else about myself than admit publicly that I was struggling mentally. I later learned not only of the catharsis that comes from sharing personal stories, but that I was able to express what I was going through in a way that not everybody can.

This experience has led me to a few online communities that offer support to those who've been survivors or lost people to terrorism. Sharing with others can help people see that they are not alone in their emotional journeys. Through these communities, I’ve made many friends, some very close and dear to me. When you've been through something like a terrorist attack, there’s a very strong bond that you form with people who've had similar experiences, because no one else can understand the complexities of the mental trauma experienced.

Through my journey, I’ve developed more of an appreciation for life outside of work. Now I’m writing an autobiographical book and recently began learning to play the saxophone. I also enjoy spending time with my daughter and traveling when I can. I also try to pay-it-forward to others who are struggling mentally, passing along the lessons I learned.

My message to anyone struggling is to practice self-care. Take yourself out of your everyday life and go away somewhere if you can. Go to the mountains or to the seaside, be with your closest loved ones and just give yourself that mental space. The supportive environment within BNY Mellon, along with my involvement in HEART, has allowed me to share, to heal and to focus on self-care. For that, I am forever grateful.