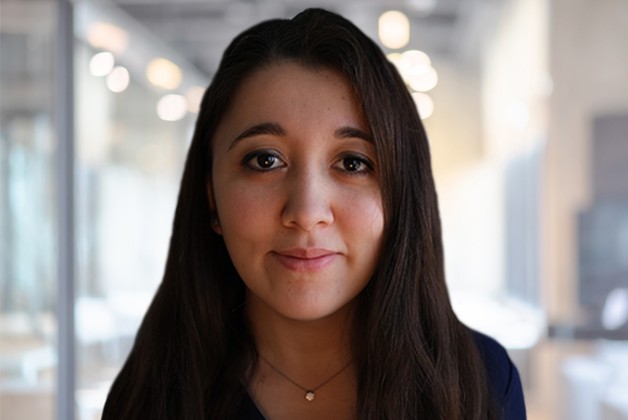 People often talk about the American dream, but I am proud to say that my family has lived it. Growing up in Turkmenistan, aspirations for a woman were limited to being a mother and a wife. In the United States, I saw females in high leadership positions, including the military and various other prominent roles. It was incredibly refreshing to see, and I felt the possibilities of what I could do in my new American life were limitless. As a woman, you could do anything, be anyone, and no one was going to judge you. No one was going to have a set of expectations of what you, as a woman, should be like.

It was always a dream for my family, especially my father, to come to the United States. Growing up in a former Soviet state, my father believed very much in Western values. In 2002, my family won a green card, which is a diversity lottery that the U.S. offers to each country. The process took over a year and a lot of prayers. We sold everything we had as it was a now-or-never opportunity, and with only $8,000, we officially left for the United States in 2003 – my parents, my two brothers and me.

Arriving in Brooklyn, we stayed in a hotel at first, while my parents would go to a predominantly Russian-speaking area of the borough daily to look at the classifieds, see what jobs were open and if there was anyone renting an apartment. Back home, my father was a well-respected engineer/electrician and my mother, a talented musician, worked in the kindergarten as a music teacher. Here, they took whatever jobs they could find. For me, as a 16-year-old, seeing them start from scratch was an eye opener. My parents sacrificed everything so we would have the opportunity to study here and enjoy the freedom of the United States.

Having seen them go through that, I had even more desire to fulfill my dreams. One of those dreams was to serve in the U.S. military. I have a generation of men in my family – including my father and grandfather – who served in the military. The option to be in the Turkmenistan military as a female just wasn’t there. During high school, I met with an Army recruiter and it felt like the right thing to do. I went home and talked to my family. My mom had reservations, but my father was very encouraging. He wanted me to break barriers and was supportive of me one hundred percent.

I began my service in the Army in 2005 and absolutely loved basic training. I had been doing martial arts professionally in Turkmenistan and picked it up again when I came to the United States. I even competed at the national and international level the year before I went to boot camp, representing the United States in the women's world tournament in Tokyo, Japan. So, for me, boot camp was a phenomenal experience and not physically taxing.

What I really loved about boot camp was the camaraderie. No matter where you are from, what language you speak, what you look like – you wear the same uniform. And you're going to get smoked by the drill sergeants if you mess up. It doesn't matter what your socio-economic status or your background, you are one unit. The values that the military instilled in me, I really believe in. Honor, respect, integrity.

I spent almost nine years in the Army before I joined the U.S. Department of State as a Foreign Service Officer - another dream of mine I was able to fulfill. There are so many geo-political issues in the world, and I wanted to be at the forefront of it in service of my country. I pursued that career and was assigned to a U.S. embassy in Eastern Europe for two years.  Following the completion of my first overseas diplomatic assignment, I was then assigned to a domestic tour in New York. That's when I found out my husband and I were expecting a baby, our son John. I realized it was time to leave the Foreign Service and transition to the private sector in order to focus on growing my family. That is when I was offered an incredible opportunity at BNY Mellon to work with some of the most talented and professional cadre of people in information security. Had I known it would be such a rewarding experience, I probably would have started to pursue my career at BNY Mellon sooner. I really love the culture here. We have a very inclusive and diverse culture where a person’s differences, experiences, unique opinions, and perspectives are embraced and celebrated. I see a lot of parallels to my time in the military, in that regard.

I currently work in the Information Security Division in Ashburn, VA where our mission is to safeguard confidentiality, integrity and availability of information systems and maintaining a resilient and secure infrastructure.

When I’m not working, I enjoy spending time with my husband and son. John, now 2 years old, loves books and I enjoy reading to him and spending time with him outdoors on our farm in Sperryville, VA.  I also love to knit and crochet in my spare time. I find it very relaxing and enjoyable.

Veteran’s Month is truly a time of reflection for me. I reflect on the great men and women in uniform who have paid the ultimate price. Because of their sacrifice, we are afforded the freedoms we enjoy today. As an immigrant, I know what it's like to live without freedom and am so grateful for the opportunity that was afforded to my family. We are living the American dream.