How DC plans can offer access to private markets for long-term savers. 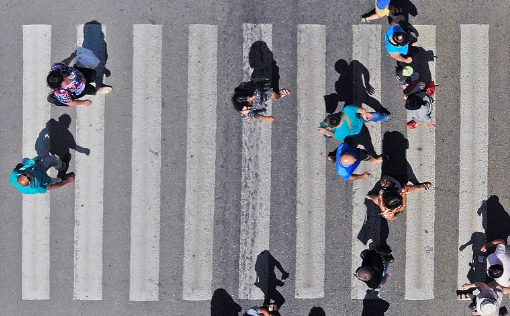 How DC plans can offer access to private markets for long-term savers.

With a generation of Defined Contribution (DC) savers facing the potential for inadequate retirement income, the DC industry must collaborate with government and alternative asset managers to create new solutions. Download our paper to learn more about private markets in DC plans.

Defined Contribution (DC) pension plans are the future. They already house almost half the US$40 trillion saved globally in workplace schemes for retirement. Those assets under management are set to grow. A pity, then, that the customs and regulations that have grown up around DC thwart them from growing faster. Those regulations are poorly suited to genuine long-term investments in illiquid assets such as property, enterprise and infrastructure. Instead, they prioritise easy withdrawals, which are not a concern for pension savers. Fortunately, however, administrators, private markets practitioners and regulators are finally lifting the obstacles between DC plans and private markets. In this article we explore the innovations bringing the two sides together. For decades the world’s largest, most sophisticated institutional investors have allocated a portion of their wealth to private rather than publicly-listed companies. Given that the number of companies listed on the world’s biggest stock exchange in New York has halved over the last twenty years, one could say that this capital allocation strategy simply reflects trends in general business ownership. But for investors, the model rests on the belief that the best of private equity portfolios will deliver higher returns over the long term than an index of stock market companies.

That margin of higher returns from private over public markets can never be known in advance; it can’t be guaranteed, but it can be modelled for informed predictions. Recent studies suggest double-digit improvements on median returns even when a minority portion of pension fund assets are re-directed from public securities like equities and bonds into private markets.

Public investors, including sovereign wealth funds and public pension funds, have a total of $36 trillion in assets under management – equivalent to 45% of global GDP – of which pension funds represent $14.8 trillion. The way those funds are invested is changing dramatically.

This level of improved performance and diversification has convinced consultants and administrators that DC plans need to be able to access the illiquidity premium more easily. “If savers can’t access their money for 20 years or more, why should they be forced to invest ‘impatiently’ in daily-dealt funds?” asks Maria Nazarova-Doyle, head of research at UK consultancy, JLT. “With a generation of DC savers facing inadequate income in retirement, the pension industry must collaborate with government and alternative investors to create new solutions.”

Whatever regulators decide, there are still considerable obstacles to overcome. Share prices for companies on the world’s advanced stock exchanges are refreshed every 15 minutes, making daily valuations of even a lengthy portfolio relatively simple.

“The challenge has been to fit the various asset types found in private markets into daily valuations.”

Unlisted companies, on the other hand, are valued infrequently, often only on a quarterly or an annual basis, and not simultaneously by computer but by judgement of portfolio managers and independent experts, based upon a series of assumptions about the companies and the markets in which they trade. Buying or selling these assets usually takes longer. For the patient capitalist, this makes private equity not more, but less, risky because it is free from the noise of the market and media speculation that affects listed companies. For DC pension provision, however, the norm, if not a legal requirement, is to provide daily valuations, as Nazarova-Doyle notes. There is thus a conflict to be resolved between regulatory protection of individual savers and appropriate conduits for their savings to reach a fuller spectrum of investment opportunities.

“The challenge has been to fit the various asset types found in private markets into daily valuations,” says Rob Barr, a partner at Pantheon, a private markets specialist that launched its first private equity vehicle for individual savers back in 1997.

“You can’t have daily dealings if you take four years to invest,” says Roberto Cagnati, Managing Director at Partners Group, another successful private markets investment manager, which has been offering private markets programmes with liquidity features since 2001 and, in 2016, launched the UK’s first private markets fund structured specifically for the DC market.

Given the limited tradability of their underlying private assets, open-ended private markets vehicles such as Partners Group’s Generations Fund have set amounts of shares that can be redeemed per day, month and year.

The fund of funds approach

Another way to achieve liquidity while recognising that real assets are not readily-tradeable is to invest a sufficient minority of total assets into liquid instruments such as broad-market ETFs. As with liquidity gates, the ETF component is variable: providers can model how much flexibility they need to manage inflows and outflows. Adding exposure to listed securities does of course change the strength of the real asset exposure. We are no longer talking about a pure private markets strategy.

For Barr this is no problem because in the UK pensions arena, he sees private markets as a significant but minority element within DC plans’ default fund – this is a fund constructed to manage participants’ contributions if they make no active choice about where to invest their money. In such a multi-asset default fund, there is thus less pressure to buy and sell the private markets exposure.

After the Second World War, unitisation began to democratise investing in publicly-listed companies. More than seventy years later, access to private enterprise via financial markets has finally caught up.

“Private markets are no longer the preserve of the world’s elite investors.”

Brian McMahon, Managing Director, Alternatives Investment Services, EMEA at BNY Mellon, remarks that any worker with Euro 250 to save a month could never have got close to buying real assets in investment products ten years ago. Now via their DC pension plan, that same saver will be able to buy into private markets investments with exactly the same sum. Private markets are no longer the preserve of the world’s elite investors.

The views expressed within this article are those of the authors only and not those of BNY Mellon or any of its subsidiaries or affiliates.