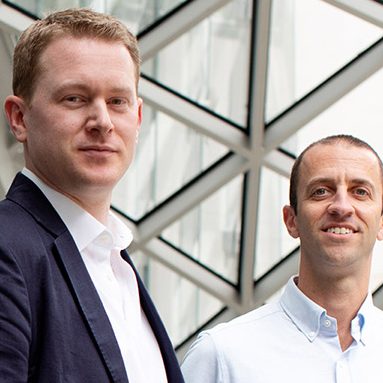 Every September since 2016, tremors have rattled an oft-overlooked corner of financial markets: parties to derivatives that are not processed by central clearinghouses have had to begin exchanging collateral for the first time.

Before the global financial crisis, banks could require collateral including “initial margin” (IM) to prevent them being exposed to significant losses if their buy-side counterparty collapsed. Banks rarely—if ever—posted IM in the opposite direction.

The 2007-2009 meltdown exposed weaknesses in that convention, leading global regulators to impose two-way collateral pledging. This process began in 2016, when banks with more than $3 trillion of noncleared derivatives exposure were captured under the rules. At least 15 of the world’s largest banks were in-scope that year.

In September 2017, for phase two of the non-cleared margin rules, firms with $2.25 trillion of derivatives exposure had to comply, drawing in several more banks.

Then in September 2018, as the thresholds dropped to $1.5 trillion of exposure in phase three, the first buy-side entity—a Cayman-domiciled hedge fund managed by global alternative asset manager Brevan Howard—was pulled into the requirements.

“The change here for us was that we were receiving collateral for the first time,” says Yaron Katz, global head of risk operations at Coremont, a spinout of Brevan Howard that was set up last year to provide asset management support services to the Brevan funds and select third-party fund managers. “Receiving margin from our bank counterparties was a pretty novel experience, but we had to prepare for that.”

While big banks had already gone down the non-cleared margin compliance path by early 2018, the firm was the first known buy-sider to find itself navigating the changes.

“It was clear that there were a couple of things that the sell-side may not have thought about.”

Brevan Howard is by no means a minnow— the size of its derivatives book alone attests to that fact—but it found itself traveling down a road signposted mainly for the banks that had gone before.

“It was clear that there were a couple of things that the sell-side may not have thought about,” says James Cousins, general counsel at Coremont, who led the project on behalf of Brevan.

IM—as opposed to variation margin, which is based on changes in daily market value—is typically required to be placed in a segregated account. But buy-side firms have not traditionally had to establish such an account in order to receive IM from a dealer. Updated legal documents needed drafting and there were some elements banks had to go away and think about.

“In terms of documentation, we had commercial agreements in place with all of our counterparties that dictated how we segregated IM previously, but those docs were not the same as the new standard forms that the sell-side had been negotiating between themselves, so we had to do some work to bridge the gap between the agreements,” Cousins adds.

The fund’s first step in the process was to give notice that it had determined one of its funds would likely breach the phase-three threshold and that its counterparties would be obliged to both post and receive collateral. Those notifications were sent out in March 2018, well ahead of the September 1 deadline.

While Cousins focused on the legal and documentation issues, Katz began investigating the technological readiness of the fund for the challenges ahead. It was clear that the rules would require Brevan to interface with myriad external counterparties, from their own custodian and their counterparties’ custodians to margin-call and messaging platforms. The firm selected BNY Mellon as its collateral segregation agent.

“We got underway well in advance; we chased our counterparties when we needed to; and we made it to the finish line on time,” says Katz.

Brevan Howard also had to familiarize itself with the intricacies of the Standard Initial Margin Model (SIMM), used to calculate the IM required on non-cleared derivatives. SIMM hinges on trade sensitivities which, though somewhat straightforward to compute for relatively vanilla instruments, can be more difficult for more esoteric derivatives.

Getting to grips with SIMM took “a couple of days of quant work” for Coremont given their strength in complex mathematical modelling, says Katz. But he acknowledges that it may present more difficulties for buy-side firms whose core competencies are not quantitative analytics.

“We got underway well in advance; we chased our counterparties when we needed to; and we made it to the finish line on time.”

Meanwhile, Cousins was mapping the universe of custodians that Brevan’s trade counterparties would be using to exchange collateral. The fund would have to establish documentation and connectivity with each custodian selected by each counterparty. At the same time, negotiations were taking place with those counterparties around what assets each firm would accept as collateral.

“It was May 2018 before the majority of counterparties started to engage with us meaningfully on process and documentation,” says Cousins. Ultimately, the compliance process occupied the entire sixmonth period from March through to the end of August that year.

Having pioneered the non-cleared margin compliance process for the buy-side, the firm advises other entities to begin work as soon as possible. According to the International Swaps and Derivatives Association, there are anticipated to be more than 1,000 financial institutions that could be newly in-scope during phase four in 2019 and phase five in 2020.

“There will be so many legal entities in the queue at the custodians -- and negotiating schedules with trade counterparties -- that you absolutely need to start this process early,” urges Katz.

Write to the following BNY Mellon salespeople at

NonClearedMargin@bnymellon.com or reach out to your usual