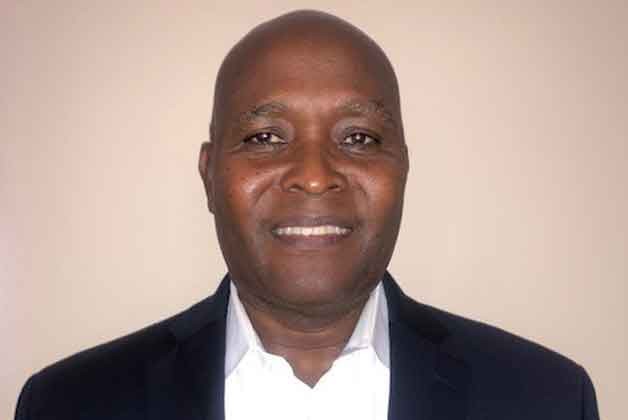 I was born on the small island of Grenada in the Caribbean and grew up in a three-room house in a very rural area with my mother, three siblings, and great-grandmother. We did not have running water, we did not have electricity, we did not have gas to cook with, so we had to improvise for everything – but I can tell you that it was a very happy home.

As a child I believed, although I had nothing, that I could be anything I wanted to be. That was instilled in me by my great-grandmother, Louisa John, who was near and dear to my heart – she stressed the importance of education from day one and it's something that I took with me for a lifetime.

I was in Grenada at the time of the 1979 revolution and the invasion by the United States in October 1983. Seeing Chinooks, F-16s and Black Hawks flying over and paratroopers coming over the water, that alone inspired me to want to be part of the great institution of the United States Army. Little did I know that, for year later, I would land in Brooklyn, NY and move on to follow that dream of being a soldier.

After high school in Brooklyn, I joined the United States Army where I served in South Carolina and North Carolina with the XVIII Airborne Corp, 35th Signal Battalion. Basic training was very easy for me, physically, because I was a track athlete in high school and eventually ran Division I track in college. The mental mind games part of it was tough, though – but I got through it and went on to serve two years and eight months in Germany during the first Persian Gulf War and during the time when the Berlin Wall came down. Being there at the time Ronald Reagan was saying, "Mr. Gorbachev, tear down that wall” – to experience that was the opportunity of a lifetime.

Technology was something that appealed to me even before my time in the military. My interest really started in Erasmus Hall high school, where I was introduced to computers – and back then it was a Tandy 1000 and IBM PS/2s – and we were coding in programs like Basic, FORTRAN and COBOL. It intrigued me. I never saw a computer before coming to Erasmus, and now I was in this computer science course with our teacher, Eleanor Leonard, who worked for IBM and other organizations before she came to teaching. She mentored me. All through my life she's always been there for me as a second mother, and she's the one that really got me into computer science. My career got started in the field because of her. After my military service, I knew college was my dream – I went to LIU Brooklyn Campus to study computer science and finance. I got my first internship with JPMorgan on Wall Street and interned at the New York Stock Exchange.

In 2007, I joined BNY Mellon, and it has been a great journey thus far. I came here to manage a technology budgeting team right at the time that the Bank of New York merged with Mellon Financial Corporation. I showed up the same day that people were coming from Pittsburgh to New York. So, when I showed up most people thought that I was from Mellon, they didn't realize that I was hired by BNY. As they were merging teams, I was sitting at the table listening to the "us and them" conversations – and from my perspective I wasn't "us" and I wasn't "them." What I brought to the table was industry perspective and standards; an ability to add some value and look at things from a different viewpoint. I'm glad to see that we are truly, now, one organization, BNY Mellon.

Today I manage two government portfolios in the Corporate Trust, Issuer Services government space. It's a pleasure working with my clients and my strategic collaborators to really enhance and bring value to BNY Mellon and to our clients – that's what really drives me to come to work every day. I’m also very invested in being an advocate for veterans at BNY Mellon. I was recently appointed U.S. chair of VETNET and I also am chair of the veterans framework and initiative for the GOT organization. It’s my goal to change how BNY Mellon is viewed from a veteran perspective. I want us to be known as the organization of choice for veterans, no matter where they are within the company.

Retention of veteran employees remains my highest priority within VETNET. I want us to create what I call a lifecycle for veterans. It's not just about attracting and hiring but it's really attracting, hiring, mentoring, coaching, and sponsoring - creating a buddy system to make sure that we give veterans what's necessary to be successful. There's a cost associated with onboarding and we want to make sure that when we bring in the best and brightest veterans that we make sure we give them that platform to thrive.

For me, Veterans' Month is all about the sacrifices that veterans make for this great nation, serving hazardous duty, leaving their families behind and those who give up their lives for our country. These veterans have upheld and defended the constitution of the United States; they're willing to make the ultimate sacrifice. That's what it means to me.