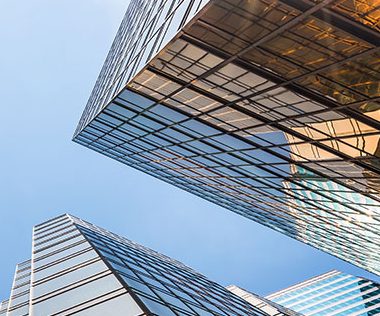 In the immediate aftermath of the financial crisis, debt was off limits for many investors but it is now the private market asset class of choice. By year-end 2017, it has grown to a $667 billion market1, and assets under management could hit $1 trillion in 2019.2

Involvement in private debt has grown especially rapidly among sovereign wealth funds (SWFs) and public pension funds. Average allocation to private debt by SWFs has grown from 1.89% in 2015 to 2.58% in November 2018, according to Preqin.  A recent BNY Mellon survey shows that 49% of SWFs and pension schemes plan to invest in private debt this year; 96% describe performance as in line with, or better than, expectations.3

Global public investors, including central banks, SWFs and public pension funds, are a powerful force in global capital markets. They have assets under management of $36 trillion, equivalent to 45% of global GDP, according to a recent report by BNY Mellon and the Official Monetary and Financial Institutions Forum.⁴ As they increasingly focus on private markets, their scale could have a significant impact.

Investor allocations across all private markets are growing and private debt growth has been significant, despite tightening spreads. Private debt holds many specific attractions for SWFs compared to other public and private asset classes. It offers diversification from public markets, has high levels of due diligence (which is important given SWFs’ stewardship of public money) and is often backed by assets as collateral, reducing the risk profile. As a result, it can act as an alternative to real estate, where finding suitable assets can be challenging. Additionally, private debt is an attractive alternative to private equity, which can be hard to deploy at current high valuations. In contrast, money can be quickly put to work in private debt, which is important for some investors.

The Sector Could Be Turning Full Circle

The private debt market has changed markedly in the past decade. Before 2007, demand was driven by private equity investors and focused on mezzanine debt. In the subsequent risk-averse period, liquidity became paramount and the asset class suffered.

However, strong structural drivers – principally regulatory capital requirements imposed on banks such as Basel III, which have resulted in bank disintermediation – began to stimulate supply.⁵

Companies, especially in the mid-market, needed a new source of funding and turned to private equity and direct lending, creating conditions for a renaissance of private debt. Private debt assets under management grew from $205 billion at year-end December 2007 to $667 billion a decade later.

The market of recent years has different characteristics to earlier periods. The focus was initially on vanilla senior debt, which offered stability, ability to invest rapidly, and yield. Since 2016, rising USD Libor have added to this allure given that private debt is floating rate. More recently, tighter spreads have begun to drive appetite for subordinated debt – the sector has almost turned full circle.

Collateralised loan obligations (CLOs), which were popular pre-crisis, have also regained favour: global CLO issuance is expected to hit a record of $165 billion in 2018, up 27% from 2017.⁶ While CLOs withstood the financial crisis well (priority of payments functioned, for example), new generation CLOs are simpler and more transparent.

One interesting development on the demand side is growing interest in open-ended structures such as evergreen funds (also known as permanent capital funds). By recycling capital, evergreen funds keep it deployed, potentially increasing returns. In addition, while investors must undertake due diligence and meet tax and legal requirements for each new closed fund they invest in, evergreen funds avoid this periodic burden. Direct investment is also increasingly important for investors. A BNY Mellon report shows that 73% of respondents have exposure to direct lending.⁷

SWFs are keen to see a proven track record of performance when selecting a private debt manager. While SWFs are willing to pay for outperformance, there is growing scrutiny of fees in terms of value for money. Similarly, SWFs also demand high levels of transparency, with technological advances driving ever greater expectations in terms of timeliness and breadth of data.

SWF’s larger allocations come with caveats for asset managers, including increased reporting requirements, exclusion requirements, and management fee pressure.  Managers are responding to these demands, driving changes across industry. Such requests and expectations have operational impacts. Larger managers may be able to absorb this more easily or utilise existing outsourcing models.

The growth of the private debt industry has created significant challenges. Of the $667 billion in private debt assets under management, $246 billion is un-invested⁸: success will only be measured by how it is deployed. There is therefore a growing need for the industry to originate loans (the European Central Bank has also encouraged local regulators to support loan origination funds post-crisis given traditional lenders’ cautious stance on providing credit).⁹ The potential scale of demand for private debt is vast. For example, there is a $3.7 trillion a year infrastructure investment gap, according to the G20-backed Global Infrastructure Hub.¹⁰

Other growing pains relate to diversification, scalability, managing new technology, increased regulatory requirements and tighter margins. Many of these pressures are encouraging asset managers to outsource reporting. Outsourcing is not a panacea but it may improve efficiency and lower costs and, crucially, frees up asset managers to focus on their core business of managing assets.

The private debt sector is in good health, with strong volumes, rapid growth and a broad and evolving product offering. Its characteristics are appealing to SWFs and many other investors while structural changes to the banking sector are expected to provide an ongoing supply. Continuing growth will require asset managers in the private debt market to address challenges associated with regulatory requirements and investors’ demand for transparency – but solutions are already available to resolve such challenges. 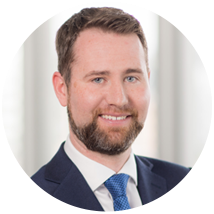 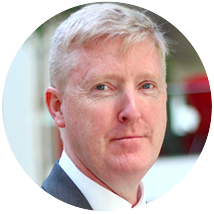 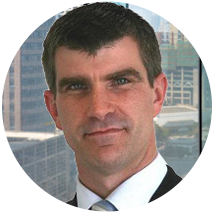 BNY Mellon is the corporate brand of The Bank of New York Mellon Corporation and may also be used as a generic term to reference the Corporation as a whole or its various subsidiaries generally. Products and services may be provided under various brand names and in various countries by subsidiaries, affiliates, and joint ventures of The Bank of New York Mellon Corporation where authorized and regulated as required within each jurisdiction. The material contained in this document, which may be considered advertising, is for general information and reference purposes only and is not intended to provide or construed as legal, tax, accounting, investment, financial or other professional advice on any matter, and is not to be used as such. This document, and the statements contained herein, are not an offer or solicitation to buy or sell any products (including financial products) or services or to participate in any particular strategy mentioned and should not be construed as such. The views expressed within this article are those of the authors only and not those of BNY Mellon or any of its subsidiaries or affiliates.

© 2018 The Bank of New York Mellon Corporation. All rights reserved