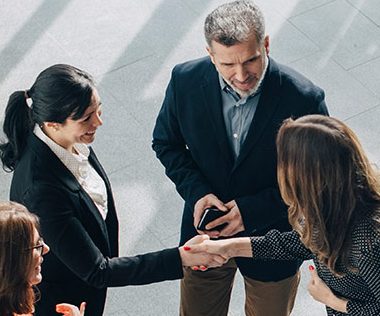 There is a role within the alternatives firm C-suite that is widely held, often overlooked, and massively underestimated. The role touches every corner of the organization but is difficult to contain within a job description.

The role touches every corner of the organization but is difficult to contain within a job description. It is both critical and undervalued, and more than ever, one that can make or break the success of your hedge or alternative investment fund.

If this sounds troubling, that’s because it is. Meet the Chief of Everything But Investment - the COEBI.

The role of the Chief Operations Officer (“COO”) has expanded – and in some ways, stretched to the point of breaking due to a number of converging trends. Regulation has become more complex and challenging to implement. Technology and security issues are a concern for every financial institution. Global geopolitical uncertainty caused by events such as Brexit threatens to shift entire operational frameworks.

These changes are so prevalent and demanding that the COO title no longer captures the scope of what the COO of an Alts business actually does. The role has silently and dangerously morphed into COEBIs and they represent perhaps both the greatest opportunity and the greatest risk for a hedge fund.

The fund management industry today is faced with unprecedented competition, volatile markets, greater demands for transparency, and increasing resistance on fees. The pressure from all directions have led to an intensifying need for firms to better manage expectations, reduce costs, lower risk and ensure stability. These responsibilities have landed squarely in the lap of the COO.

Historically, the COO held relatively prescriptive roles tied to the operational and technical needs of the organization. Today, these same areas have experienced the most disruption due to technological innovation and data modernization, which can be either a risk or opportunity depending on the size and resources of the firm, and one the COO must be able to manage.

Today, the role of a modern alternatives firm COO may include collaborating with internal risk teams to streamline client and regulator communications, making the call to recruit specific talent or investing in technologies to meet competitive shortfalls, responding to data and cybersecurity breaches, or working with service providers to streamline processes.

In general, as alternatives firms evolve to meet modern challenges and derive more sophisticated strategies, COOs have been the organizational driver to identify problems and find solutions, moving from a once execution-focused role to a more strategic one.

Unfortunately, the COO role is one that defies easy definition to begin with. Despite being one of the most central and connected leaders within an organization, there is no clear career path to becoming a COO. In order for the COO/COEBI to succeed, the individual needs diversity of experience, which is inherently both a strength and a weakness – a strength because it gives them immense adaptability, but a weakness because they are less likely to be truly an expert “Chief of Everything.” Since there is no specified training or standard for a COO, it is even less likely they will be prepared as a COEBI.

Your COEBI could be acting as the negotiator to demanding stakeholders and partners, the decision maker on HR matters and innovation challenges, the spokesperson in times of crisis, and the expert for both legal and IT consultation. These individual roles are daunting enough on their own, not to mention that now they may depend on the ability of a single individual.

Therefore, the success of your COEBI is imperative because whether they are seen as the leadership unicorn or the chameleon, their actions have exponential impact on their firms, both positive and negative. 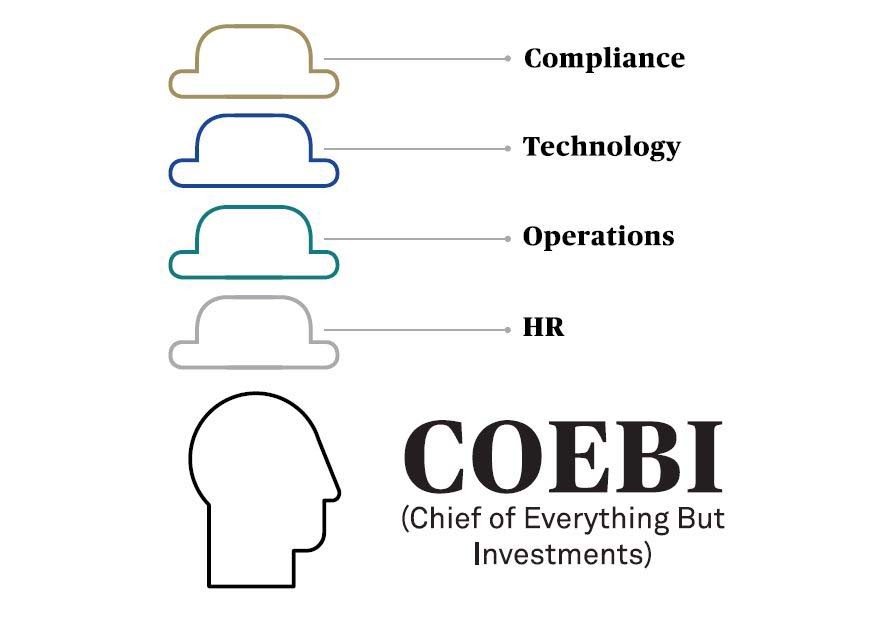 As a COO - likely unsuspectingly - morphs into a COEBI, they might not have the resources, background or bandwidth to successfully address and solve the business challenges of the modern alternatives business. In other words, the greater the demands, the higher the risk of the COEBI becoming a point of weakness for the fund - and the consequences all the more dire.

What, then, can management do? First, the C-suite must recognize the importance of the COEBI and find ways to support their work, including outsourcing administrative and operational burdens. Second, firms should carefully evaluate who is holding the role, and whether the role should actually be held by a more built-out team -- i.e. instead of a singular individual, perhaps there should also be a Chief Technology officer and a Chief Compliance Officer, among others.

The more you can empower and recognize the role of the COEBI, the better you can ensure that the COEBI is set up for success, not failure, as the pressures rise.

Questions to consider and/or ask of your firm: